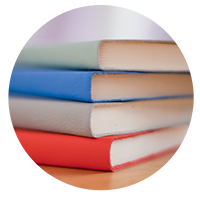 Ramos-Boyer currently oversees all radio interview scheduling and outreach for the National Geographic Channel.  As the main radio contact she has set-up radio tours for the channel that have included more than 60 radio interviews over three days for the Dog Whisperer, Cesar Millan.  She also represented filmmaker Tim Hetherington.  Hetherington’s 2010 film, “Restrepo” (produced and directed with Sebastian Junger) won the Grand Jury Prize at the 2010 Sundance Film Festival, nominated for a 2010 Academy Award for Best Documentary and was broadcast on the National Geographic Channel.

During the Summer of 2007, Ramos-Boyer was the on-site communications coordinator for the filming of the National Geographic Channel special, The Human Footprint which aired in April 2008.  She coordinated all communications efforts between talent, the production company and the Channel.  She also oversaw staffing, travel, and onsite media relations.

In the Spring of 2004, Ramos-Boyer was the project manager for the National Geographic Channel (NGC) special “Return to Titanic” which followed the historic expedition of explorer Robert Ballard as he returned to his most famous discovery – the wreck of the RMS Titanic.  To meet the challenges of broadcasting live from 12,000 feet below the surface of the North Atlantic Ocean, Ramos-Boyer coordinated the efforts of numerous expedition partners including the National Oceanic and Atmospheric Administration (NOAA), the University of Rhode Island, Mystic Aquarium and Institute for Exploration, Partisan Pictures, the JASON Foundation, and the National Geographic Society.  The one-hour special was broadcast to NGC’s largest audience until that time.  Additional NGC projects have included project management of the NGC premier event for Inside the U.S. Secret Service, NGC Day at the Central Park Zoo 2005 and press kit development for NGC series Crittercam and NGC specials Return to Titanic, In The Womb, In the Womb: Animals, In The Womb: Multiples, and Search for the Ultimate Survivor, and Inside 9/11.

Ramos-Boyer has provided expertise on a variety of non-profit projects including communications outreach for Outward Bound for Veterans and communications management for the National Geographic Society April 2005 launch of The Genographic Project, expansion of authors and publicity efforts for the Baltimore Book Festival and the Lyndon Baines Johnson Presidential Library.

Drawing on her political background and non-profit business experience, Ramos-Boyer works with clients to achieve maximum exposure both nationally and on a local level.  She regularly works with network television and radio producers as well as with news and feature editors and journalists throughout the country on media placement.

When planning a new project, Ramos-Boyer works with clients to develop a wide-reaching plan that will maximize attention and organization for their projects.  She provides a flexible range of services to meet the specialized and financial needs of each client by offering:

After beginning her career in the Clinton White House in January of 1993, Johanna Ramos-Boyer worked for the Administration in the communications and public affairs departments of Secretary Ron Brown’s U.S. Department of Commerce and the U.S. Department of Agriculture under Secretary Dan Glickman where she oversaw communications for a $40 billion portfolio of government programs while serving as the Deputy Administrator for Governmental Affairs and Public Information at the Food and Nutrition Service.  After leaving USDA, Ramos-Boyer worked for U.S. Senator Barbara A. Mikulski as Communications Director and Press Secretary.  During her nearly three years with Senator Mikulski, Ramos-Boyer managed communications for the $90 billion VA/HUD Appropriations Subcommittee of the U.S. Senate.  She also helped edit and was the Senate point person for the national launch of the hardcover and paperback editions of Nine and Counting, written by the nine, then thirteen Women of the U.S. Senate in 2000 and 2001.

After leaving the U.S. Senate in 2001, Ramos-Boyer went to New York City as Vice President of Public Affairs at Catalyst, a non-profit organization focused on advancing women in business.  At Catalyst she directed all media and public relations efforts, the organization’s speakers’ bureau, and the staging of Catalyst events.  She is an expert in work/life issues, corporate diversity strategies, flexibility in the workplace, and strategies for advancing women in business.  Ramos-Boyer has also consulted with Fortune 500 corporations on how best to communicate their diversity efforts to both internal and external audiences.  While at Catalyst clients included Unilever and Merrill Lynch.

Ramos-Boyer earned her Master’s degree in Political Management from George Washington University and her B.S. in International Politics at Georgetown University’s School of Foreign Service.  She lives in Fairfax Station, Virginia with her husband, Tom and two sons, Michael and Tyler.